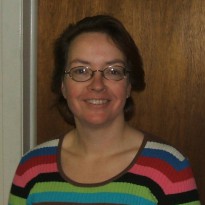 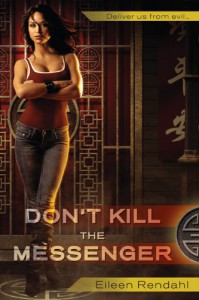 As a paranormal messenger Melina Markowitz doesn't get paid. Nope it's some kind of destiny thing (dying at age three and being resuscitated will do that to a gal) so she works two dead-end jobs to make ends meet - mainly as a file clerk in the hospital but also as a karate instructor at her friends dojo. I really liked the idea of a messenger which seems new and different in the genre but other than the first couple of paragraphs, this theme isn't explored. I'm hoping in subsequent books it might be developed into an interesting job.

Once she accepts a commission to deliver a package, she is honor-bound to complete the delivery or else bad things happen to her and hers (usually involving pain). When a package gets stolen by ninjas (yup you read that right), she must retrieve the package and finish the delivery or else. This is the reason the messenger gig gets lost in the sauce. She's out chasing down Tai Chi leads as those ninjas kicked her butt and she's a martial arts expert herself but six to one odds have a way of taking down even the best.

When Melina stumbles onto a gang war complete with Chinese vampires who act like zombies, she tries to take it to the proper supernatural authorities but no one is interested in getting involved so she takes it upon herself to investigate...again with dire consequences. Who knew the Chinese mob had come to town with the intention of taking over the local drug trade?

Like any good urban fantasy novel, there is a love triangle that plays out in the background between our heroine, a good-looking cop and a vampire doctor. Oh and maybe even a werewolf bartender. I really liked the supporting characters and her various supernatural friends. Even though Melina started out a bit whiny (she works for free after all), I think she matured into a viable heroine who should be even more interesting in future installments.

I just want to know...WTH is does "pea-picking heart" mean? The author repeatedly uses this phrase. I guess it's a southern thing but this books takes place in California so it didn't really jive.
6000 BOOKS
Goodreads